What is Ethical Hacking?

Hacking is the art of finding possible intrusion points into a computer network and eventually making entry. As pop culture would tell you, it’s usually done to harm the systems on the network or steal sensitive information from them.

Most industries in today’s world rely entirely on technology to support their core infrastructure. So what happens if any of these systems get hacked? There’s scope for financial loss, network services being down, reputation damage, and even contagion! It’s why hacking is supported, even encouraged by industries, as a pre-emptive measure.

Ethical hacking is the act of authorized penetration testing to find vulnerabilities and ensure the security of an organization’s information system. Essentially, the ethical hacker is an individual or a company that helps identify weaknesses and potential threats on a computer system/network in order to build cyber resilience.

Ethical Hacker vs Malicious hacker
Public sentiment generally leans toward associating hacking with breaking the law. It’s assumed that everyone who engages in hacking activity is a criminal. However, ‘hacker’ is a term that’s used for people who write code as well as those who exploit it.

Danish philosopher and theologian Søren Kierkegaard (1813 – 1855) once pointed out that no rational argument can convince one to follow the ethical path. This is to say that a hacker who does not follow the ethical path is a malicious hacker. This person is someone who malevolently breaks into systems out of spite or for personal gain.

German philosopher and one of the central Enlightenment thinkers, Immanuel Kant (1724 – 1804) proposed that the dependability of generalizability, while not absolute, is statistically probable. He believed that what is ethical for an individual must be generalizable to everyone. This is to say that hacking which benefits a larger population is ethical. The ethical hacker would employ the same tools and techniques as the malicious hacker, but for a good cause i.e. to try and find vulnerabilities, in order to fix them before the malicious hacker can get there and try to break in.

How ethical hackers do it

There are five phases of ethical hacking:

1. The field requires you to stay active and constantly research: Effective hacking is an art-form of locating multiple different types of problems and chaining them together to create a full vulnerability that requires a patch. There’s a lot of reading, adapting, learning, and trying new things.

2. Managers perceive security as a line-item expense: Ethical hackers often find themselves arguing about how serious a problem is and whether development time needs to be spent on addressing issues. Conflicts with managers often lead to unnecessary stress and the differences can grow into hunting for a new job. In the eyes of (irresponsible) managers, security teams are expensive and stagnate the development of new products.

3. Responsible vulnerability disclosure: Companies often respond extremely slowly to reports, leaving their customers vulnerable to attack. Sometimes, the company chooses to do nothing and encourages the researcher to never disclose the problem. This is where the “runway” for a vulnerability is pivotal. The agreement is cordial until this time window passes, and then the researcher publishes the vulnerability, patched or not. This forces the company to act because the vulnerability is in the wild and can be actively exploited. While this may seem irresponsible on the surface, the runway creates a sense of urgency for the developer to actually solve problems that are reported and not stall or ignore serious security issues faced by their users.

How to qualify yourself as an Ethical Hacker
Ethical hacking is a topic of cybersecurity that comes under the umbrella of Information Technology. If the world of technology intrigues you, and cybercrime provokes you, then ethical hacking is worth considering as a career option. 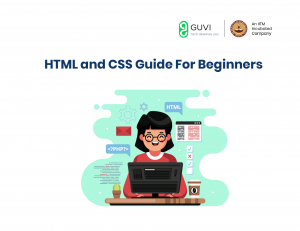 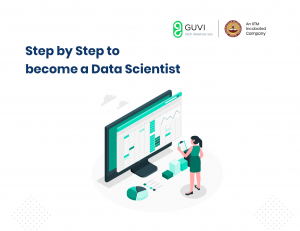