Uncover The Fundamentals Of Python Learning| Python Made Easy!! By the end of 1989, Python’s inventor Guido Van Rossum was investing his time in one of his side projects to keep him occupied during the Christmas break. His goal was to create a new scripting language targeting Unix/C hackers and that’d be descendants of ABC. He named it: Python. Unlike the name suggests, the language’s name isn’t about constricting snake, but a British comedy troupe Monty Python. Little does he knew, that it will become one of the most popular programming languages that will drive the biggest tech giants and their products/services: Netflix, Facebook, NASA, and Google to name a few. Recently Python was ranked #1 on the IEEE spectrum list for “Top Programming Languages 2019.” In this blog, we will try to deconstruct Python learning and will aim to outline all of the key parameters of Python Programming.

The idea is to push information in a relevant, short, and focused manner to cover all the vital topics. For a detailed & comprehensive study, and an advanced certification visit Guvi’s Python course catalog.

Defining Python and what makes it so versatile?

According to Guido Van Rossum Python is

a high-level, interpreted, dynamically-typed scripting language, and its core design philosophy is all about code readability and a syntax that allows coders to express the concepts within a few lines of the codes.

As a result, it takes less time to launch a python program to market compared to its peers such as Java and C#. Nearly all sorts of applications ranging from UI to analytical tools can be implemented in Python. Another additional key difference is that one does not need to declare any sort of variable type. So it’s easier to implement a python application. Although it does not offer advanced statistical features as R and it’s not suitable for hardware interaction and low-level systems. It is also described as a “batteries included” language for its adaptive standard library. Besides its practical standpoint, there are several books and communities available to support Python Developers.

The way the Python environment runs on machines:

Python is available across all major operating systems: Linux/Unix, Windows, Mac OS X, and others. In Case you are new to it, We will walk you through a step-by-step process on how to install Python on your system. If you aren’t, you can simply scroll to the next section. Although you will now be able to configure the python environment with a commands line interface, It’s more extensive to use the language with an Integrated Development Environment. My recommendation: PyCharm.

To create your first program, open your Pycharm editor and create a new project. Select the destination path where you want to save your first program and name the project from “untitled” to something meaningful as “First project-Hello World.”

Next, you have to visit the file menu and create a new > Python file. You can type the name of your file as “Hello World” and hit “ok”. Type a single program-

and run the program with the run menu. You can witness the output of your written program at the bottom of the screen.

In case you don’t have PyCharm installed over your system, you can still run the code from the command prompt. You just need to enter the correct path for the python file you want to run. The output of the code will be visible below the code.

The Fundamentals of Python learning

Variables store information that can be either used and/or changed in your program. This information can be a text, collection or integer, etc. They are used to hold user inputs, local states of your program, etc. Variables have a name so that they can be referenced in the code. The fundamental concept to understand is that everything is an object in Python Learning.

Python supports numbers, sets, lists, strings, tuples, and dictionaries. These are the standard data types. I will explain each of them in detail.

2. How to declare and assign value To Variable

Assignment sets a value to a variable. To assign a variable a value, We can use the equals sign (=)

To assign a variable a value, use the equals sign (=)

If you want to assign the same value to more than one variable then you can use the chained assignment:

A string is an array of characters. A string value is enclosed in quotation marks: single, double, or triple quotes. Also, they are immutable, which means the ones assigned can’t be changed and updating it will fail and show a syntax error.

It is really simple. We created an array and stored it on my_integer. But maybe you are asking: “How can one get a value from this array?” The list has a concept called index. The first element gets the index 0 (zero). The second gets 1, and so on. You get the idea.

To make it clearer, we can represent the array and each element with its index. Illustrated below:

It’s easier to comprehend with a Python Syntax:

But suppose that you don’t want to store integers. You just want to store strings, like a list of your relatives’ names. Which will look something like this:

The append is super simple. You just need to apply the element (eg. “The Worker”) as the append parameter.

The word “if” is used to evaluate whether the given statement is true or false, If it’s true, it executes the code written inside the “if” statement. For example:

In case 2 is greater than 1: the “print” code is executed.

In this case, 1 is not greater than 2, the code inside the “else” statement will be executed.

In python, you can also introduce the “elif” statement.

In Python Learning, we can iterate in various forms such as “While” “for”, “do while”, and “for while”. Further, we will talk about just two: For and While. Refer to GUVI’s professionally curated Python Course for the rest.

For Looping: To apply “For Loop”; you apply the variable “Num” to the block: and the “for” statement will iterate automatically for you.

While loop: Just as the name suggests, While the statement is true; The code inside the code gets executed. Hence, this code will print the number from 1 to 10.

For such a statement, it requires a “loop condition”  if it stays true, it will continue itself iterating. In the above example, when the num is 11, the loop condition will falsify.

Now we are aware that “Lists” are indexed with integer numbers. But what if we don’t want to use integer numbers as indices? Various data structures that we can make use of our string, numbers, or other types of indices.

Let’s learn about the dictionary data structure. Dictionary is a series of key-value pairs. Here’s what it looks like:

The key factor here is to index that points over to a value. You can access the “Dictionary value” using the “Key”. As illustrated below:

So as you can see, I’ve created a dictionary about a random person. It includes his name, nickname, his nationality, and university. These attributes are known as dictionary keys.

“PYTHON with IIT CERTIFICATION” BY GUVI for Best Python Learning

Whether you have never programmed before, already know basic syntax, or want to learn about the advanced features of Python Learning, this course is for you! This course will offer you that core, solid understanding of the Python programming language. You will not only be learning Python, but you will be learning industry best practices for Python programming that real employers demand.

Boost your recruitment process with an IIT-Madras certification in Python.

✔️ Master the fundamentals of Python and develop programs to gather, clean, analyze, and visualize data. No prior coding experience is required! 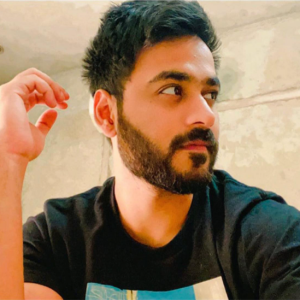